Eyre Peninsula’s most famous seafood product is Southern Bluefin Tuna, renowned for its sought after reputation on the Japanese seafood market as a sashimi grade premium product.

Based in Port Lincoln, the Southern Bluefin Tuna ranching industry employs 4,000 people each year and is a key tourist attraction for the area. The ‘ranching’ season runs from December to September.

Southern Bluefin Tuna are captured live in the Great Australian Bight between December and March and transferred to tow pontoons, which hold approximately 9,000 fish. Fish are then towed to the farms and transferred to smaller pontoons located in the clear waters of Spencer Gulf, east of Boston Island, for the rest of the season. Flights coming into and out of Port Lincoln pass over the pontoons, providing a great aerial view of the operation.

Fish are harvested in two ways – fresh air freight harvest, which occurs between March and September and accounts for approximately 20% of the harvest, and frozen harvest. Under this method, 70% are produced onshore and 30% shipped by freezer boats which anchor in Port Lincoln in July and August.

The tuna are mostly fed local sardines, with the grow-out period lasting 3-6 months, depending on the marketing strategy of the rancher.

The majority of Port Lincoln Southern Bluefin Tuna are exported to Japan, with some fish also sent to Korea, China, United States, Singapore and the EU, as well as being available locally. 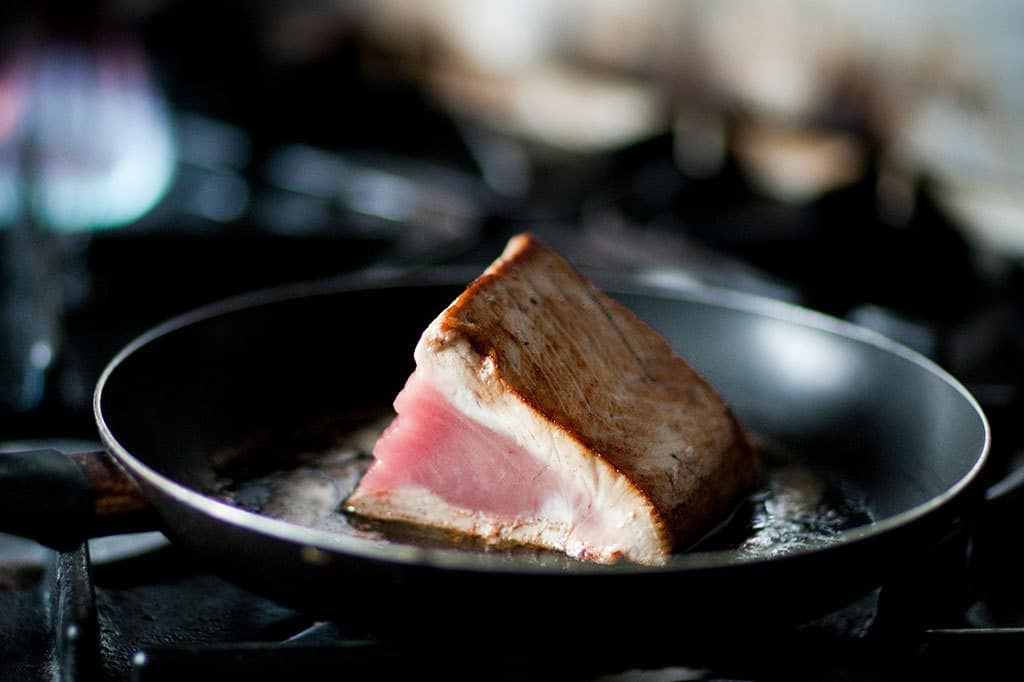 Global fishing of Southern Bluefin Tuna was started by Japan in 1952, with the catch peaking in 1961. In the late 1980s a joint decision by Australia, Japan and New Zealand led to a quota system to manage the catch.

The global ranching system was pioneered in Port Lincoln between 1991 and 1993 as a way of value-adding to the catch. The technique has since been adopted in Europe and Mexico where other species of Bluefin tuna are cultivated.

Despite being a young industry, many developments in technology and husbandry techniques have emerged over the past 20 years.

In 2009 a controversial cut to the global Southern Bluefin Tuna quota resulted in the Australian quota – 90% of which is owned by the Port Lincoln fishery – being reduced by 29% to 4,015 tonnes for 2011. Data collected in 2010-11 indicates that stocks are recovering strongly.

A strict program of zones, quotas and licensing – along with Port Lincoln’s innovative ranching system – has seen the development of a sustainable Southern Bluefin Tuna industry.

Almost all the Australian quota is caught by the ‘purse seine’ method in the Great Australian Bight, which is assessed by the Australian Government as environmentally benign. In other countries it is common practice to catch Southern Blue Bluefin Tuna by longlining – a controversial process due to its potential to hook by-catch species such as seabirds and sharks.

In Port Lincoln, Southern Bluefin Tuna ranching takes place in Tuna Farming Zones, which are restricted to wild fish. The Zone is declared after two years of environmental assessment and public consultation. A new deeper water Zone (40m depth) is in the process of being declared, in addition to the current Zone (24m depth). 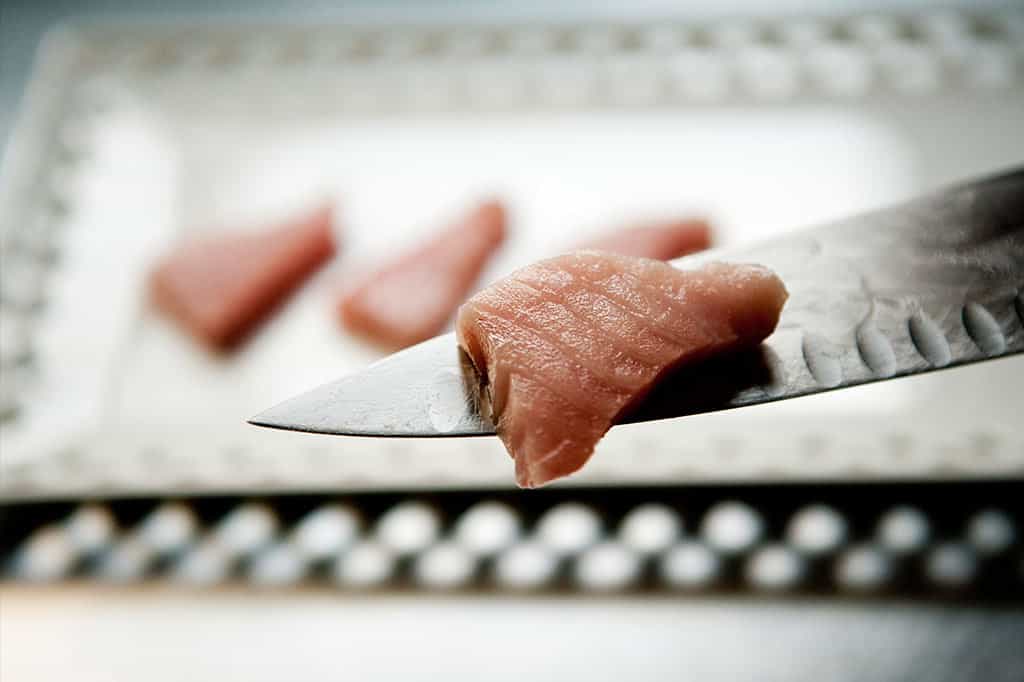 The Port Lincoln Southern Bluefin Tuna industry is a world-leader in quality, innovation and research. In addition to pioneering development of the ‘ranching’ technique in the early 1990s, producers in Port Lincoln are at the forefront of the industry’s global development. Ongoing research is conducted into:

Southern Bluefin Tuna is well-known for its high-quality o-toro and chu-toro fatty cuts favoured by sushi and sashimi lovers. As with other seafood, it is high in omega 3 fatty acid (‘good’ fats), which can aid rheumatoid arthritis and cardiovascular disease, as well as having potential anti-cancer and anti-inflammatory effects. 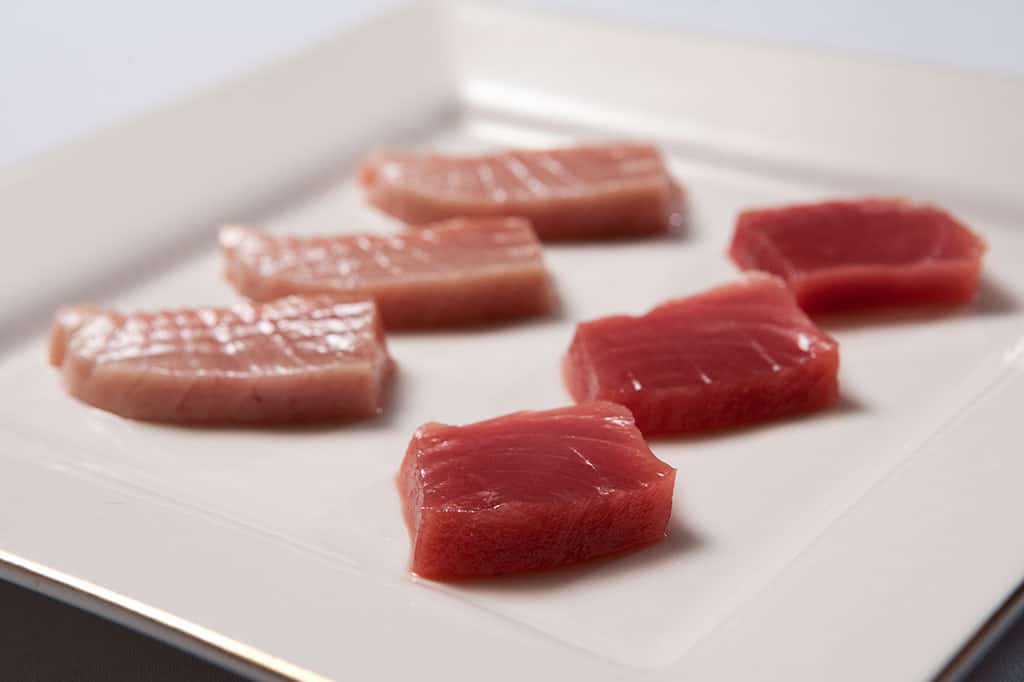